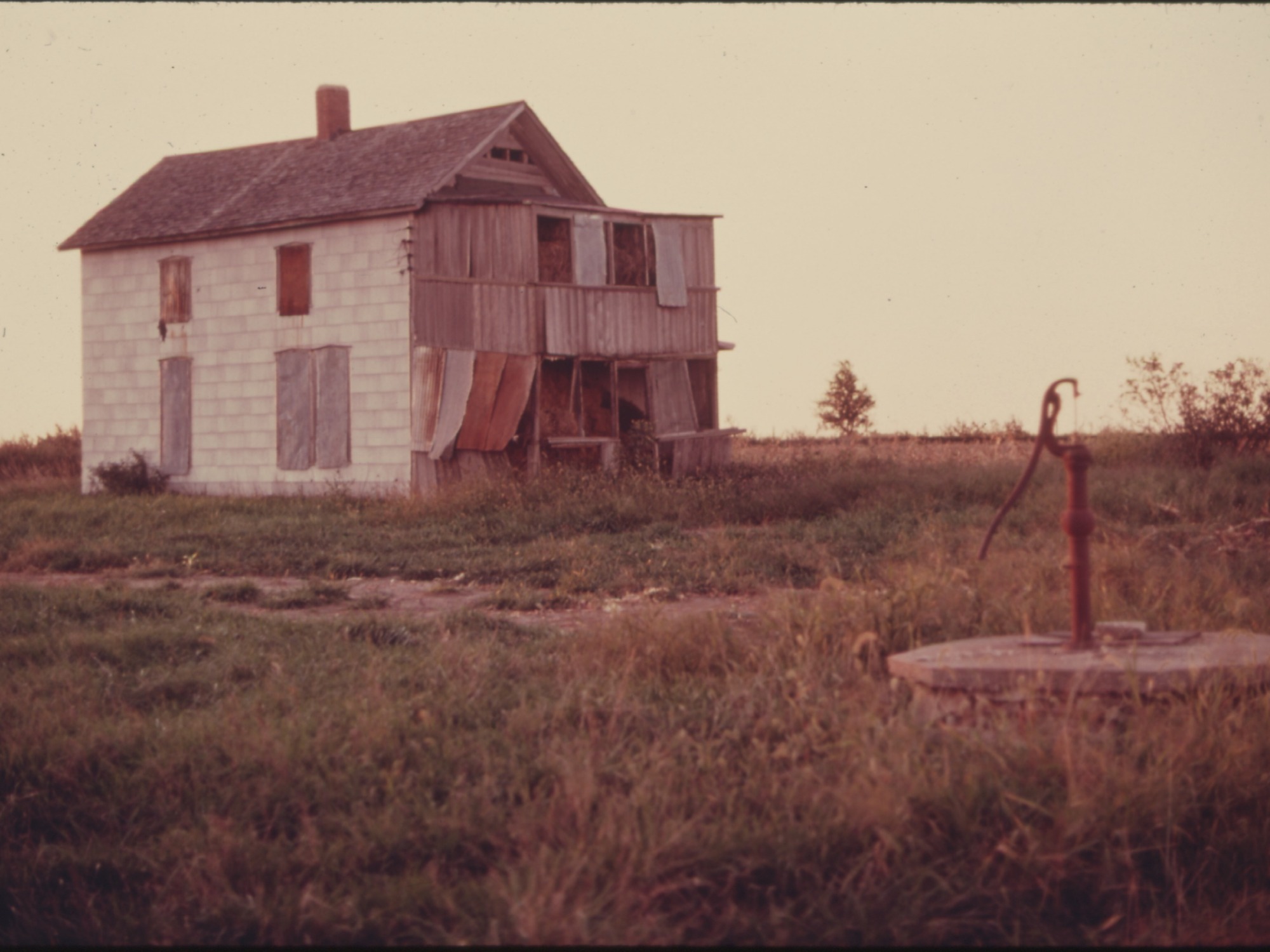 How much public land is available for house-building? Astonishingly, no-one knows – not even the Government.

This is all the more astonishing because – out of the manifold drivers of our current housing crisis – a simple lack of information ought to be easy to resolve. It could be readily remedied in Chancellor Philip Hammond’s Autumn Statement on Wednesday, should he choose to do so.

Fixing the housing crisis requires us to deal with both wasteful demand (such as speculation, buy-to-let landlords, foreign and offshore investors) and shortage of supply. Free-marketeers sometimes claim there is a housing shortage because the planning system creates a scarcity of available land. This is back-to-front. Land is inherently scarce – they’re not making it anymore, after all – that’s why we have a planning system to decide carefully how it is best used.

It’s also why it’s quite right for the public sector to have a major stake in land-holding in our country, so that it can intervene to procure public goods when the market doesn’t provide them – such as affordable housing.

Which brings us to the question of what land the public sector owns that is suitable for house-building. Unfortunately, neither central government nor councils seem to have a firm grasp on what suitable land they possess.

As explored in a previous post on Who Owns England, central government owns some 200,000 acres of land – plus a further 750,000 acres owned by the Ministry of Defence. Estate agents Savills have examined around 600,000 acres of this government estate and reckon 5% of it would be suitable for residential development – yielding some 600,000 homes.

But as Savills go on to say, “greater transparency and data analysis is needed to establish the full size and shape of public sector assets.”

Too right: as I’ve found, ask for Cabinet Office maps of government-owned land, and you soon hit a brick wall. Their Government Property Finder website is a really useful step forward, but my attempts to FOI the maps underpinning it have been sadly rebuffed.

However… it turns out that it’s actually possible to extract the maps directly from the Government’s website. And that’s what a friend has now done for me.

So, let’s look at the land owned by the principal government quango responsible for house-building, the Homes & Communities Agency (HCA) – an arm of the Department for Communities and Local Government (DCLG).

As the HCA state: “We own public land, which we sell to house builders and others.” To be precise, they currently own a bit over 19,000 acres of land, according to the Government Property Finder database. The map below shows where this land is, using the polygons (land parcels) extracted from the Government’s website: 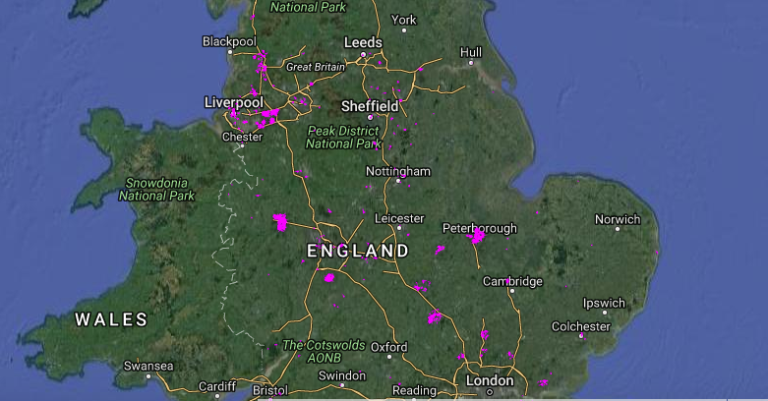 Of course not all this land is instantly up for sale, nor is it guaranteed to be filled with affordable housing. You can see the HCA’s 2016-17 plans for disposing of its lands here. One wonders why the HCA puts such an emphasis on selling off valuable freeholds: why not simply sell of the leaseholds, stipulate a developer has to build social housing, and generate an income stream for the state to invest in more housing in future?

There also seem to be some sites missing from the HCA’s portfolio. For example, earlier this year, Lodge Hill in Kent – a former MOD site, and astonishingly beautiful Site of Special Scientific Interest – was handed over to the HCA, who are eyeing it up for building 5,000 homes. The MOD, being the biggest public-sector landowner in Britain, is of course feeling under pressure to divest itself of land for housebuilding – and indeed it has recently announced it will sell off a tenth of its existing estate by 2040, releasing enough land to build 55,000 homes. But when MOD land also contains some of our richest, most biodiverse SSSIs, you have to ask whether they should be the first in the firing line. To me, the whole question of selling off public sector land needs greater transparency and much greater scrutiny. 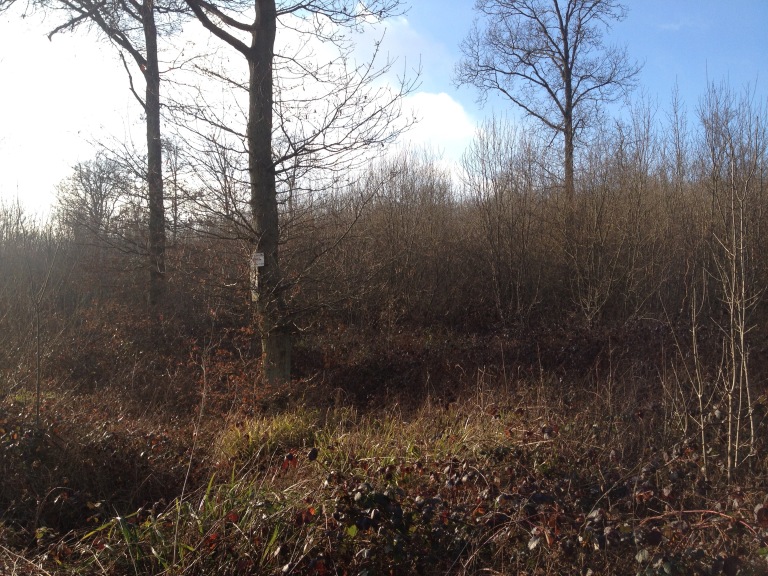 Above: Lodge Hill. Yes, it’s public sector land, but is it really suitable for 5,000 homes?

That’s before we even get onto Local Authority land, which is utterly mired in mystery. I have it on good authority from a source at the Land Registry that many councils simply don’t know what land they own.

This is little short of a national tragedy, since for much of the 20th century it was local government that built social housing. Since the 1980s, council house building has of course collapsed (see graph below) – and with it, councils’ records of what land they own. 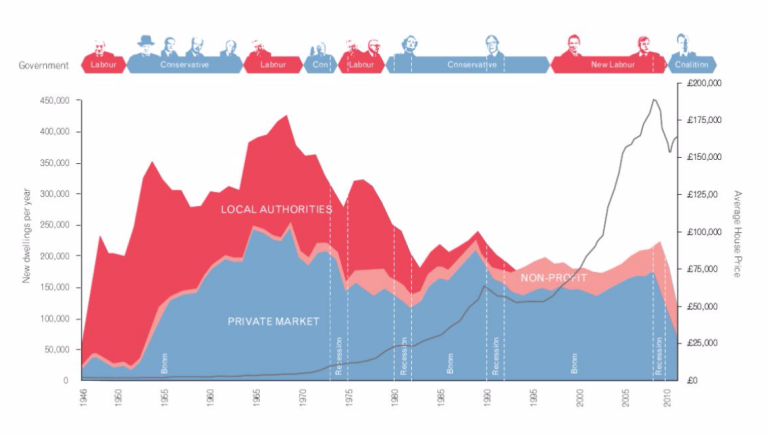 As the current housing crisis has grown, central government has tried to do more – ineffectually – to reconnect councils with their long-lost lands. In 2011, DCLG commissioned what they called the ‘first public property map’, locating 180,000 land and property assets owned by both central government and 87 councils that submitted information. Unfortunately, the map no longer exists online, and whilst DCLG make some of the underlying data available [zip file direct link], none of it contains location data, let alone polygons to show land parcels. I put in a Freedom of Information request for the full GIS data that must have once lain beneath this map – but was told by DCLG that “the information is no longer held as the public sector assets map was a pilot and was discontinued on 31 December 2012.”

In other words, even where councils know what land they own, central government can’t be bothered to maintain a website showing the public where this is. Pathetic, isn’t it?

I was more encouraged by the work of the London Land Commission, set up as a bit of uncharacteristic long-term thinking by former Mayor Boris Johnson. In January this year, it published its first map of all public sector properties in Greater London – no mean feat. Alas, it didn’t go as far as making this Open Data, so I duly FOI’d it, but had my request rejected. The good news, however, is that:

“…we have already started work on a major data-cleaning and reconciliation process with the aim of releasing this data as an open map service and also a download, from the London Datastore… We hope to be in a position to publish this data within the next six-to-nine months.”

So, in the absence of these meta-studies by central government and the GLA, answering the question of what land is owned by councils is a huge task. It’s a matter of going through every single council’s website and any data deposits on data.gov.uk, searching for information on their land holdings. And having started doing this, I can tell you now that many councils don’t publish this information, despite it now being a requirement.

Actually, there are two routes to this information:

If he wanted to stimulate housebuilding, the Chancellor could announce in his Autumn Statement that he is opening up the Land Registry. That would transform our understanding of what land is owned by central government and councils – and also shift the debate away from a sterile one about selling off public assets, to appraising the most suitable land overall, regardless of whether it’s owned publicly or privately.

But if the Chancellor fails to do this… then councils beware: I’m coming for your land next!

3 thoughts on “How much public land is available for house-building?”