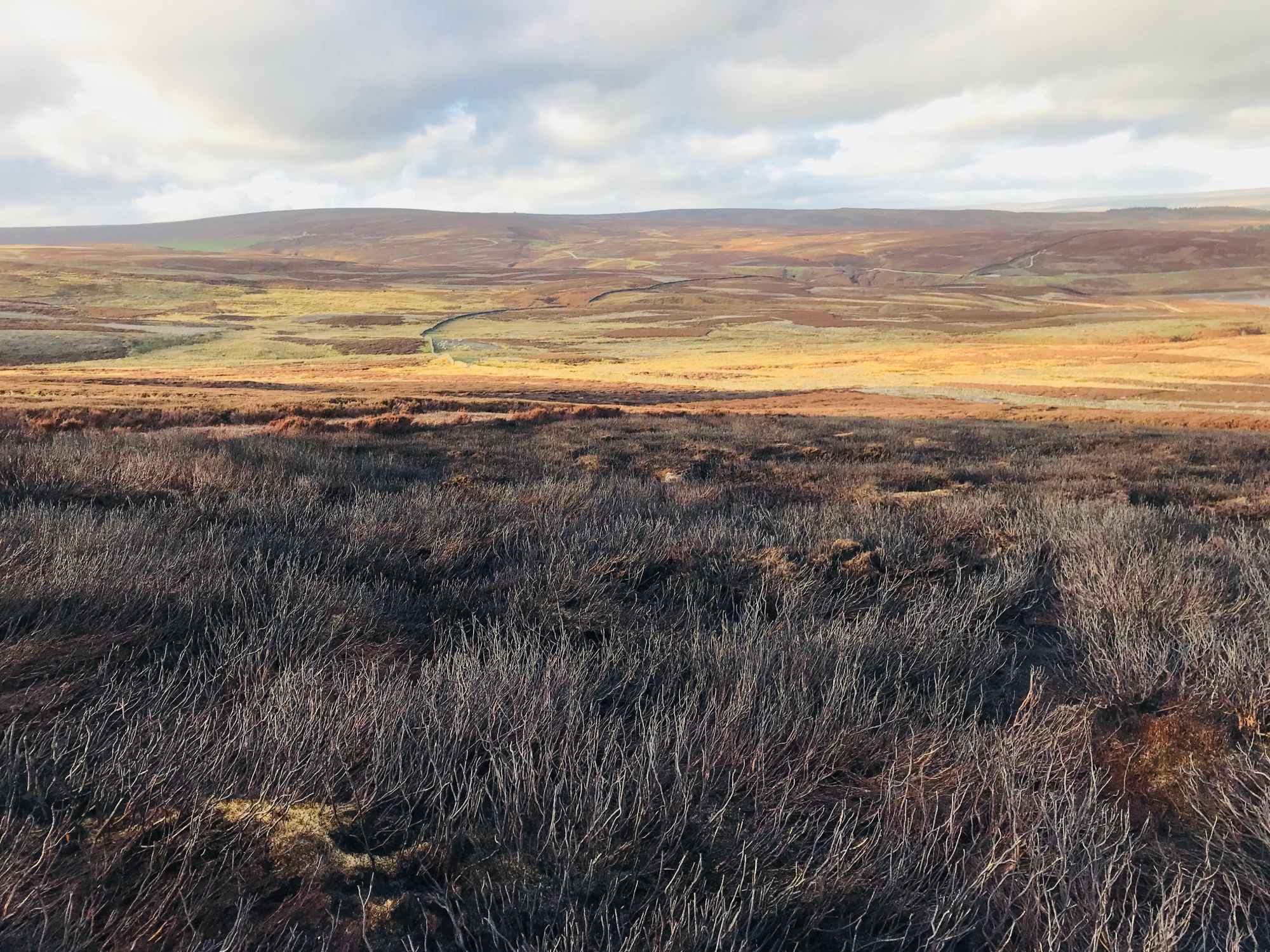 Image: Burned moorland on the Duke of Devonshire’s Bolton Abbey estate. Paid for by you, the taxpayer.

As the grouse shooting season opens today on the so-called ‘Glorious Twelfth’, a new investigation uncovers that 61 estates covering a vast 380,517 acres raked in £10,983,718 in taxpayer subsidies via the Common Agricultural Policy. The figures all comes from official DEFRA data on farm payments, combined with a database of grouse moor estates compiled by Who Owns England.

The findings raise fresh questions for the new Environment Secretary, Theresa Villiers, about why wealthy landowners should be handed so much public money to prop up an ecologically damaging bloodsport. Villiers’ predecessor, Michael Gove, pledged to reform farm subsidies so that landowners have to deliver public goods, like ecosystem restoration and flood mitigation, if they want to receive public money.

Yet grouse moor estates are under increasing fire for being environmental disaster zones. Illegal raptor persecution has been shown to be endemic on grouse moors, with gamekeepers shooting, snaring and poisoning birds of prey in order to remove predation risk to grouse. The iconic Hen Harrier has been reduced to a handful of breeding pairs in England.

Meanwhile, grouse moor owners are effectively also the owners of the UK’s single largest carbon store – its peat bogs. Yet the slash-and-burn moorland management practices used by estates to maximise grouse breeding have been shown to dry out the carbon-rich peat, causing it to release large quantities of carbon dioxide into the air and worsening flooding downstream. With Parliament declaring a climate emergency and the government signed up to a goal of net zero emissions, it makes no sense to be directing public subsidies to estates that are systematically damaging the country’s biggest carbon sink.

The ten grouse moor estates that received the highest level of farm subsidies in 2018 are as follows:

The full dataset for all 61 estates in receipt of CAP subsidies can be seen in this Google Spreadsheet. The recipients are a mix of landed aristocrats, City bankers and businessmen.

Total subsidy likely to be even higher

The full extent of public subsidy going to grouse moor owners is likely even higher. There are an estimated 150 grouse moor estates in England (and many more in Scotland). But mapping their boundaries, tracking down their owners, and linking them to CAP subsidy data, is fiendishly difficult. Uncovering the money going to these 61 estates has only been possible by building on previous in-depth investigations by Who Owns England that have mapped a large number of England’s grouse moor estates (the map can be viewed here).

Even so, much remains to be uncovered. The spreadsheet linked to above includes a number of other tabs listing known grouse moor estates where the owners and boundaries are unknown or where it’s proven impossible to attribute subsidies directly to the estate. For instance, the Westerdale and Rosedale Estates in the North York Moors are owned by David Ross, founder of the Carphone Warehouse. DEFRA’s CAP payments website lists the ‘Westerdale ESS Partnership’ as getting £106,398 in 2018 – but it’s unclear whether this has gone directly into the pockets of the estate, or is shared with tenant farmers, so hasn’t been included in the £10m total.